Composting trial puts cups and plates under the microscope

Do your biodegradable cups turn to dirt and your cutlery to compost? The vanishing claims of throw-away eating utensils and drinking cups have gone under the microscope in front of inquiring Manawatu scientists.

Massey University's zero waste academy and the Palmerston North City Council composted more than 40 biodegradable products to see whether they would break down.

The results were noted by city officials investigating the viability of an organic waste collection system. 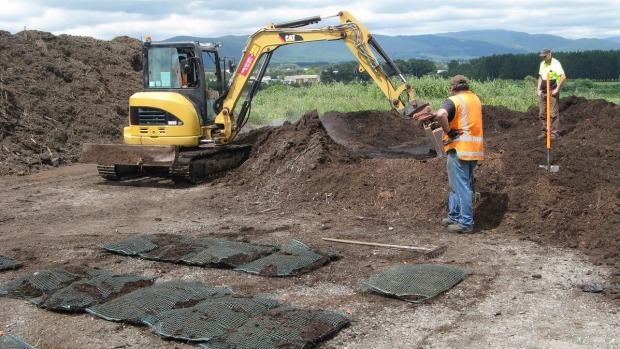 There was also a warning for consumers that not all products labelled as biodegradable were.

Palmerston North City Council and Massey University have tested 47 products to see if they turn to dust.

"The good news is those items sold as 'biodegradable' degraded acceptably in the commercial composting context. But there are still a range of other practical and logistical issues to sort out," Hannon said.

The thickness of products was an issue as some items took too long to break down in a commercial composting rotation, which is three to six months, he said.

As well as certain products taking too long to break down, there was an issue with allowing materials mixed with food waste to be accepted into a composting system, he said.

In the past the [council] rejected all such materials because of uncertainty around compostability. The ball is now in the [council's] court."

The council was working on providing an organic waste collection system where biodegradable products could be disposed.

Council eco design adviser Nelson Lebo said using biodegradable products that could be commercially composted would be great. Not all products labelled as such lived up to their billing, however. 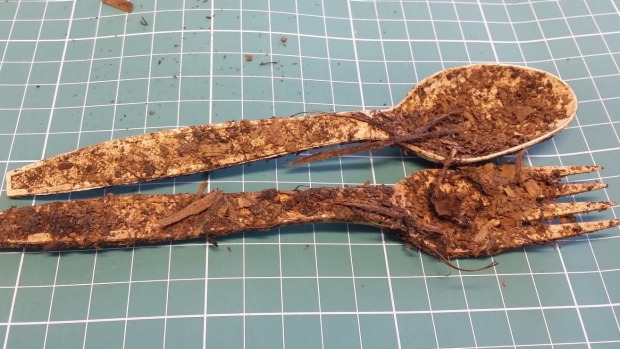 PLA is a type of plastic promoted as biodegradable, but should be "totally avoided", Lebo said.

"It's worse than regular plastic. In municipal and backyard composting we can't wait 18 months for something to break down.

"We can break down bones in our compost heap, but not PLA. That's how durable it is," Lebo said.

"Let's either use regular plastic that gets recycled or products made of wood and bamboo, for example, not have this Frankenstein in between which can be neither."

For big events, biodegradable products were good because although they were contaminated with food, they could all be composted. Recyclables would need to be cleaned, Lebo said.

"As long as it comes from nature it can come back to nature."

Although the council did not provide a commercial food waste and compostable collection service, compliance co-ordinator Shane Allen said the council's "hot rot" composter, which was used to break down organic waste, was being revamped to take new material.

The hot rot machines were energy intensive, but they worked faster than other composting systems such as wind rows, Allen said.

It heated to about 50 degrees and remained at a steady temperature, he said.

"The wind row takes at least 6 months to get to a good product."

The council was also in the process of compiling a list of items it deemed safe to compost, but no date for the list's release or the organic waste service had been set.