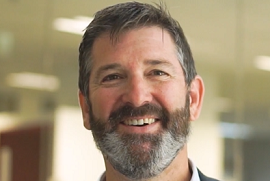 Mitchell Killeen has a long, global career with one of the largest plastics, chemicals and refining companies in the world, LyondellBasell (LYSE: LYB).

After 12 years of expatriate assignments with LYB, Mitchell returned to Australia in 2015, to the position of Director JV’s and Business Development for LyondellBasell International.  This entailed managing, existing Asia-Pacific Joint Ventures, JV portfolio optimisation and developing new JV opportunities, from the Melbourne office.

Prior to his return to Australia, Mitchell had been the Managing Director of LYB’s Dubai business, which included Africa, Middle East, Turkey and the Indian Subcontinent (AfMEI).   In addition to regional responsibility for LYB polyolefin business & infrastructure, this role including board and off-take responsibilities for LYB’s three Saudi JV’s with integrated polyolefins production.

After completing his PhD (in Polyurethanes at the University of Queensland), Mitchell joined LyondellBasell Australia in 1995.

Mitchell graduated from The University of Melbourne (BSc(Hons), Chemistry).

LyondellBasell  were recognised for several impressive achievements — including its move to deliver 70% of products in reusable bulk packaging formats and diverting 80% of onsite waste from landfill.